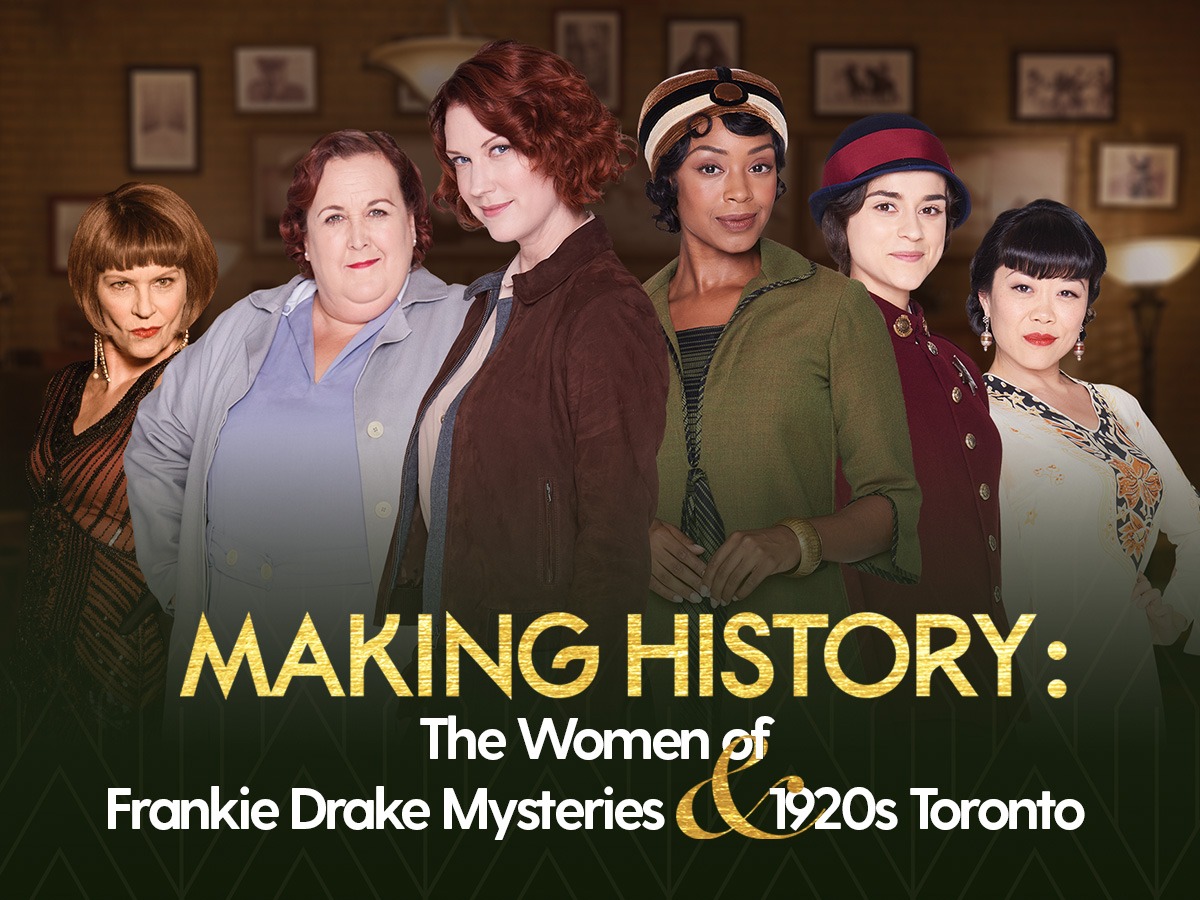 From June 26 through Summer 2019, Shaftesbury and the City of Toronto invite you to visit this special exhibit and travel back in time to the era of flappers, gangsters and rumrunners to peek inside the lives of six women—featured on Frankie Drake Mysteries, which returns to CBC for its second season this fall—and how their characters reflect what life was really like for women in 1920s Toronto.

The Spadina Museum brings the 1920s to life

The historic Spadina Musuem is the City of Toronto’s only museum dedicated to representing the era of the 1920s and 1930s, making it an ideal host for Making History: The Women of Frankie Drake Mysteries & 1920s Toronto.

Located in the museum’s Lower Gallery, the exhibit features period photos, props and costumes from Frankie Drake Mysteries, creating a unique blend of historical fact and fictional television drama to bring the “roaring ‘20s” to life.

In addition to the Frankie Drake Mysteries exhibit, The Spadina Museum offers guided tours of the original three-story house, built in 1866 by the Austin Family. The house has been restored to reflect life in Toronto and Canada during the interwar period of 1920-1930, and inside you’ll find furniture, artwork, photographs, décor and more, specific to the era.

You can also explore the beautiful grounds featuring six acres of gardens with a greenhouse, garage and stable.

Visit the Frankie Drake Mysteries exhibit at the Spadina Museum

Where: The Spadina Museum

From the producers of Murdoch Mysteries

Catch up on Season 1 at cbc.ca/frankiedrake